The discs in your neck serve as the shock absorber for the spine. Over time, these discs can deteriorate, but repetitive trauma can also lead to pain. When this occurs, the gelatin-like substance in the center known as nucleus pulposus can leak into and irritate the outer part of the disc and nerves. Since this outer rim of the disc has nerve endings, it can sense pain. Pain is can be deep and aching 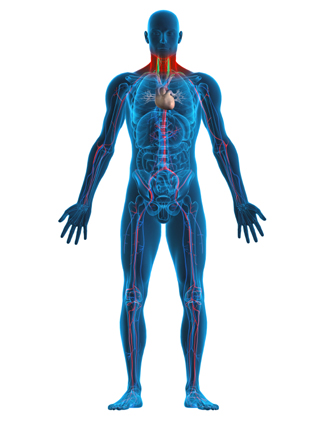 There are multiple muscles and tendons that attach or originate from the hip joint. Irritated bands of muscle can result in aches, spasm, or tightness which can lead to pain over a remote area. This phenomenon is known as referred pain, caused by “trigger points” (irritated muscle bands) can often times can cause hip pain.

The symptoms of Fibromyalgia include chronic widespread pain, associated with debilitating fatigue, difficulty sleeping, difficulty with bowel function and a variety of mood problems including cognitive dysfunction, anxiety and depressive symptoms. There are no diagnostic tests to diagnose Fibromyalgia.